Our best decisions are made when we are calm and clear-headed, when we have the time to reflect on our lived experience and to consider a wide range of facts, evidence and experiences from other people’s perspectives too. When under pressure to decide right here and right now (whether that perceived pressure and sense of urgency is realistic or not), we are forced to limit our range of options to those based on initial and sometimes erroneous first impressions of a situation. Our brains are simply not capable of taking in and consciously processing all the information that our senses can receive. The information we are likely to pay more attention to, often subconsciously, is that relevant to our basic survival needs.

The neurophysiological fact that we have two independent thinking brains in our heads – one that deals with the emotions and behaviours required for survival in the here-and-now, the other taking its time to evaluate and cogitate and to draw up complex plans for the future – is well written about: Kahneman’s ‘systems 1 and 2’ and Mischel’s ‘hot and cool cognitions’ both refer to the same brain structures and functions that determine whether our initial reaction to a situation is immediate, instinctive and impulsive, or delayed, deliberate and implemented. Understanding that the emotional, survival-thinking, impulsive limbic brain is more powerful and quick to react than our highly-developed neocortex is an important step on the road to self-awareness, and, more importantly, self-acceptance. But what do you do next? So what if you get annoyed by specific triggers that are out of your control? What can you do about it to reduce the emotional impact the next time it might happen?

TAKE A STEP BACK

In a real emergency, it is often the case that our immediate response is to escape or flee. Our aim is to get away from the threat as quickly as possible. When at a safe distance, we might feel more comfortable (less uncomfortable) when looking at the situation. Take, for example, someone’s reaction to something perceived to be scary, such as a spider or a dog. When the object of distress is at a safe distance, the individual is more able to manage their emotions. If the object gets closer – either of its own accord or by the individual having to come closer to it – then the emotional reaction intensifies. In extremes, when an individual has nowhere else to withdraw to, an avoidant flight reaction can turn to a fight reaction – like the self-defence reaction of a cornered animal.

The spatial perception of physical distance and its impact on emotional distress is mirrored in at least three other dimensions, namely time, social involvement and probability. In each of these four dimensions, it is the perception of immediacy (time), proximity (spatial), all-immersing effect (social) and certainty (probability) that makes the perceived situation more-or-less distressing. “What’s that coming over the hill? Is it a monster?” “Yes, and it’s massive, and now it’s right in front of you, with its bloodshot single eye staring right at you, and you’re going to die!” There’s nothing quite like the absence of doubt to prompt rapid and focused evasive action. And when faced with a threatening situation, how much time do you want to devote to arguing against your instincts?

KEEP CALM AND CARRY ON THINKING

The more real or ‘concrete’ we think a challenge is, the more we believe in it and the more our emotional mind will respond to the perceived level of threat or opportunity, activating our sympathetic nervous system to increase heartrate and breathing, raise blood pressure, dilate arteries and bloodflow to the major muscles and reduce energy invested in digestion and other non-essential biological functions. These physiological sensations of being stressed (or, as psychologists love to say, ‘aroused’) can exaggerate the perception of how stressful the situation is. “I’m feeling really nervous and scared, therefore it must be really scary!” Recognise that this physiological reaction is automatic and starts within ½ a second of perceiving a threat, and you’ll be ready to calm yourself and others. It’s normal. Don’t worry about it. Keep calm and carry on thinking.

The more you are able to think of a situation in abstract terms – of being in the distant future or the distant past, of being not as big, close and quick as you first thought, of being considered something that could happen to anyone rather than just you alone, and of having at least some chance, no matter how small, of it not happening at all, the more you are able to calm down your emotional reaction (thoughts) and its accompanying physiological sensations.

Applying psychological distance in these four dimensions involves thinking in abstract terms, also known as forming ‘higher-level construals’. Situations and their potential consequences become less immediate, less all-or-nothing and less certain, allowing us time and space (quite literally) within which to manœuvre and to devise options and plans for action. Conversely, as our thinking becomes more concrete, so our plans become more specific, down to the level of being able to think, feel and act out specific routines and to rehearse them as if they are actually about to happen. Rehearsing set routines in this way is at the root of learning drills, leading to the formation of reinforced neural pathways in the brain. The stronger the pathway, the more automatic the learned behaviour. The spectrum stretching out between lower-level, concrete construals and their distant, abstract, higher-level cousins forms the hierarchy along which objectives decompose into goals, and goals break down into next steps. It is represented in the different coaching questions ‘What could you do?’ and ‘What will you do now?’

Most importantly, to those interested in learning and development, higher-level construals have been shown to be associated with affirmative beliefs in one’s ability as a feature of one’s personality, rather than attributing events to circumstances outside of one’s control. “I can see myself achieving this, because I have the knowledge, skills and ability.” 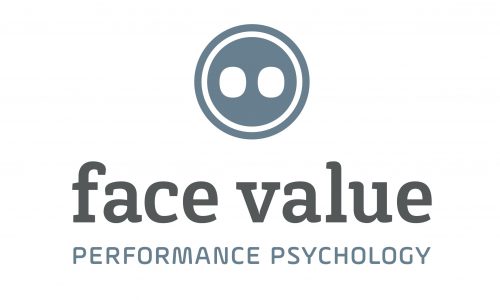